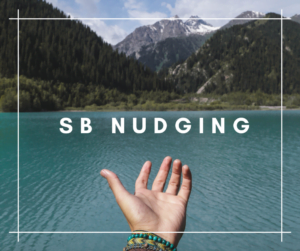 On 20.06.2022 the sixth SB Nudging project consortium meeting dedicated to the development of the future major application within the regular call of the new perspective of the Interreg South Baltic programme 2021-2027 took place.

The main theme of the meeting was to prepare the methodological part of the future concept and to jointly work out an easy to understand and communicate project definition, which will serve as a guideline for the planning of the next activities and prepared workshops in Sweden 22.06-23.06). It is very important, because apart from NGOs the future application will be created mainly by local government units from 4 countries, which will be the implementers of both planned soft activities and pilot activities including infrastructure. Without proper understanding of the project premises, it will not be possible to design it properly.

In the context of the project, the method itself is innovative, as it refers to inducing pro-ecological and pro-environmental behaviour with the use of widely understood sociological and behavioural methods based on incentives and not, as it was previously practiced in the local perspective, on prescriptive or prohibitive systems.

Nudging was introduced in 2008 by Richard Thaler and Cass Sustein and defined as "any aspect of choice architecture that changes people's behaviour in a predictable way without prohibiting any options or significantly altering economic incentives. To count as a mere stimulus, the intervention must be easy and cheap to avoid. Nudging are not prescriptive. Richard Thaler, won the Nobel Prize in Economics for his contribution to nudge development to change public behaviour. Nudging is an approach that changes people's behaviour by changing the decision-making environment to influence people's decisions when deciding to act. Its implementation must be easy, cheap and optional (Thaler and Sustein, 2008). Pushing influences people's choice of action without limiting their options or enforcing rules and regulations. Instead, it guides people in a desired direction when making decisions by creating cues in the environment (Weßel et al., 2019).

The meeting also discussed the need to develop joint future activities based on local needs and challenges, examples of inspiration were provided and will be presented during the workshop in Sweden. The participants were reminded of the agenda of the meeting, the need to prepare a presentation of each case study site, prior consultations with the local government units involved. The aim of which will be to create a unified concept that can be extended through joint work.