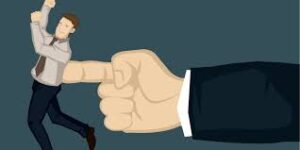 More than 20 participants from 3 countries took an active part in the project kick-off and launch of a new initiative called SB NUDGING, curious about this multidisciplinary field initiated by Skane Nordost and their Tourism group, wanting to expand their knowledge on this innovative concept and how it can be applied to reduce the level of pollution of our local areas and public places in the South Baltic area.

The online meeting on 22.04 started with a welcome by the hosts and initiators of the seed money concept - the Swedish umbrella organisation - EU SKANE NORDOST, whose staff thanked the participants for their contribution to the proposal and invited them to participate in the development of a regular project within the new perspective of the Interreg Baltic Sea Programme 2021-2027. At the same time a presentation was made on what the concept is and how it should contribute to pro-environmental and pro-ecological goals.

An important element of the meeting was the presentation of inspiration and good practices of implemented similar activities in individual countries.

a) How to reduce the negative footprint in nature - example of activities from the Tourism group in Skåne, Sweden presented by Josefine Carlsson;

b) Experience from the project "Nudge", from the point of view of the local government units in Skåne (member organisation of municipalities in Skåne), presented by Matilda Gradin. During this session, participants learned more about how companies use the nudging tool. The main objective of the project "Nudge" is energy efficiency in small and medium sized enterprises in vulnerable industries during a pandemic. Target groups can include tourism-related businesses such as hotels and restaurants, and the manufacturing industry.

c) How to keep Sweden's mountains clean - Keep Sweden Tidy Foundation and Swedish Tourism Association, Anna Ehn and Daniel Skog. In this session the Swedish organisation "Keep Sweden Tidy", a local non-profit organisation that promotes recycling and combating environmental impact, showed how to use the Nudge method in practice and how to reduce litter through public campaigns and environmental education. During the presentation, representatives of the organisation answered a number of questions from the audience and shared their experiences of litter reduction in tourist destinations in the Swedish mountains.

d) Swedish Film Example "Leave Only Footprints" is a documentary about innovation by Tourism in Skåne, Sweden. In the film, participants with different experience and knowledge attend an innovation workshop in Söderåsen National Park in southern Sweden. The mission was to investigate whether... it was possible to increase the visitors' bond with nature and thus reduce their negative footprint in nature.

During this session, additionally the Tourism Group in Skåne shared their experiences creating this film, why they created the film, what they learned, how Tourism in Skåne relies on innovation and prompting tools.

The film is available at:

f) Example from Rietavas municipality, Lithuania, Rasa Baliulevičienė, Rietavas Tourist and Business Information Centre During this session, the participants learned more about how Rietavas municipality cooperates with taking care of public spaces and what are the challenge areas in this field.

g) Eco Diving Day - an example from the municipality of the City of Gdynia, presented by Aleksandra Wójcik, rep. of the Gdynia Sports Centre and the City of Gdynia. During this session, the City of Gdynia will share an example of an event organised by the city together with an educational festival for children and young people. The example shows what kind of waste can be found at the bottom of the bay, close to the shore, and how it can be prevented by engaging large numbers of citizens. The example also shows how an initiative can be used to: educate and change behaviour, starting with the youngest and ending with adults.

h) Examples of good practices and challenges collected by the Euroregion Baltic Association of Municipalities of the Republic of Poland showing the activities carried out so far in northern Poland by individual local governments and their units. It was also a presentation of a potential pilot location, i.e. the Municipality of Malbork, which expressed its willingness to join this initiative.

The meeting ended with an invitation to further work on the development of the concept and participation in subsequent dedicated meetings in the online format.